Kia expects to reach full capacity at its current plant by 2022 with the launch of the Sonet compact SUV and a possible Ertiga-rivalling MPV, compelling it to scout for an additional production facility.

Kia Motors India, which in its first year of commercial operations has turned into a challenger brand with robust sales of 84,903 units in just eight months, is pulling out all stops to be future-ready in terms of manufacturing capacity. This means, in addition to its existing 3,00,000 units-per-annum-capacity plant at Anantapur in Andhra Pradesh, the Korean carmaker is already scouting for a new site to set up its second manufacturing facility in the country. While the US$ 1.1 billion (around Rs 8,400 crore) Anantapur plant, contrary to rumours, will continue to play a leading role in the company’s India growth strategy, the new production hub will not only expand overall capacity but will also help de-risk operations.

It is understood that of the multiple Indian states that Kia is exploring, Maharashtra looks to be a front runner. A source, aware of the development, said that while “Kia Motors India has got an attractive deal from the Andhra Pradesh government, it may look at having its second plant in another state.” With the Covid-19 outbreak badly disrupting the manufacturing and services sector, having plants in different states in India could act as a buffer in these uncertain times.

From Maharashtra’s point of view, it could be that the state would look at offering Kia a sweet deal considering that in the recent past, no new carmaker has invested in a new facility in the state. The next big OEM to enter India will be Great Wall Motors and in fact the Chinese auto major has based itself in Maharashtra. However it has not invested in a new facility but has taken over General Motors’ Talegaon plant, and will likely test the market before looking at expanding or setting up a brand-new facility.

As regards Kia, what also helps Maharashtra’s cause is the fact that it has a well-established component supplier base and the advantage of a port in Mumbai. For Kia Motors India, which began its export drive with a shipment of 471 Seltos SUVs to South America from Chennai Port in September 2019 and closed FY2020 with 21,461 vehicle shipments, having a second port to despatch its PVs overseas would prove strategically useful. It may be noted that both Hyundai, Kia’s sister company, and Kia have a strategic export game-plan in place to ship increased volumes of made-in-India passenger vehicles. Hyundai has already shipped more than three million cars from its plant near Chennai, ever since it began export operations in 1999.

Kia, which is on a roll with the incredibly successful launch of the Seltos SUV and the encouraging response for the upmarket Carnival MPV, has an aggressive new product strategy in place. Later this year, it plans to launch the Sonet compact SUV, a tech-laden Hyundai Venue and Maruti Suzuki Vitara Brezza fighter, available with a wide variety of powertrains, with an estimated pricing between Rs 7-11.5 lakh (ex-showroom).

Interestingly, India will be the sole production base in the world for the Sonet and that there’s huge export potential for the snazzy compact SUV. Speaking to Autocar India earlier this year, Han-Woo Park, then president and CEO of Kia Motors, said, “When our global partners saw the Sonet, they got a shock. This is a model everyone wants to have. The Sonet will be the symbolic model for our exports from India.” Kia has significant expectations from the Sonet for the Indian market as well, and the automaker projects to sell at least 70,000 units in its first year of retail.

And that’s not all. Kia Motors India is also plotting the introduction of an all-new Maruti Ertiga-rivalling midsize MPV by end-2021. Park had confirmed this when he said, “After the Sonet, we (Kia Motors India) will launch an MPV model, and after that, in 2022, we’ll reach the full 3,00,000 capacity.”

With such a product offensive planned, Kia Motors India looks to have already optimised its existing 3,00,000 units production capacity, at least on the planning board. While the ongoing Covid-19 pandemic could result in some delays, this clearly is a time when the carmaker needs to start finalising the details and plan its future production strategy.

Responding to a specific query about the site for the company’s second plant in India, a Kia Motors India spokesperson said, “At present, we are not scouting for a new plant location. We can easily add another 1,00,000-1,50,000 capacity at our Anantapur plant. Covid-19 could further delay the need for extra capacity.” While no further details were provided, a look at the carmaker’s output in FY2020 reveals that  a total of 1,01,420 units (comprising 97,804 Seltos SUVs and 3,616 Carnival MPVs) – or a third of the total 3,00,000 unit capacity – were produced in eight months starting August 2019. And this came at a time when total PV (passenger vehicle) production in India for the fiscal was down 14.76 percent in FY2020.

Meanwhile, Kia Motors India’s smart performance in its first year would surely have also drawn attention from Kia Motors HQ in Korea. The sale of 84,903 units in India in what was a very difficult FY2020 makes for a strong 13.18 percent contribution to Kia Motors’ global sales of 6,44,102 units (-0.9 percent). Furthermore, club the performance of Hyundai and Kia together in FY2020 in the domestic market and what you get is a combined 20.54 percent market share in PVs and 27.66 percent in UVs (utility vehicles). The Korean automaker has arguably had a strong start for what is essentially a new brand in the Indian market. 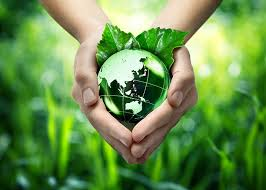